The Southwest Popular/American Culture Association is pleased to announce the award winners for #SWPACA2020. Their achievements in Popular and American Culture studies are exemplary of their fields. Congratulations to all. 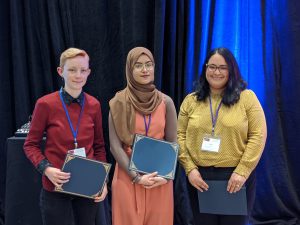 Luka Dowell
University of California, Santa Cruz
“De-‘Cypher’-ing the Matrix: A Marxist Critique of the Manosphere and Red Pill Ideology”

Nehal Kamel
University of Texas at Austin
“The After Effect: Understanding Gender Roles and Expectations through Harry Styles Fanfiction”

Maria Diaz
University of Colorado Denver
“On Paper: The Challenges of Prisoner Re-Entry as Viewed Through the Reality TV Series Love After Lockup” 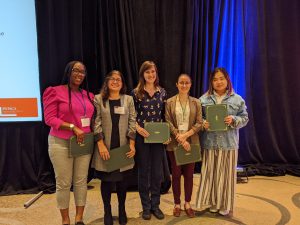 Kathryn Harlan-Gran
Cornell University
“Letting Go Ghosts of Destruction: The Generative Potential of the Queer and the Sacred in Craig Womack’s Drowning in Fire” 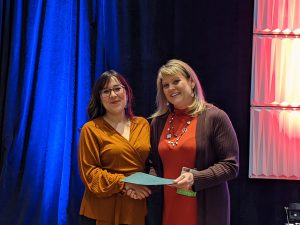 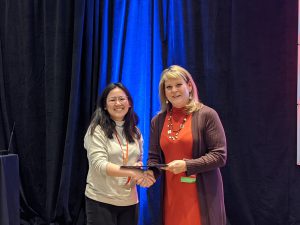 Judge: Erin Giannini & Shane Trayers
Presenting the Award: Kathleen Lacey
WINNER: “‘The Nightmare Is Over’: Zombinol and the Geopolitics of Wes Craven’s The Serpent and the Rainbow,” Charline Jao, Cornell University

STATEMENT: The judges were particularly impressed with Charline Jao’s take on Wes Craven’s 1988 film, The Serpent and the Rainbow due to its clear, concise writing and an intriguing take on the film as not only dealing with the colonialism inherent in many zombie texts, but viewing it as a film that speaks directly to the geopolitics of the Cold War. 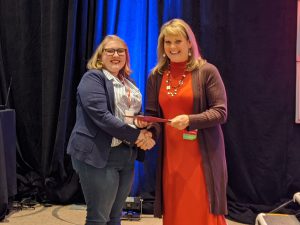 STATEMENT: This well-researched and theorized essay synthesizes the history of witchcraft iterations in American (U.S.) literatures and cultures as expressions of feminist resistance. The demonstration case is the Sabrina re-boot, Chilling Adventures, although Sprott also references Luther and Good Omens. The essay provides a workmanlike analysis of popular culture with solid intellectual grounding. 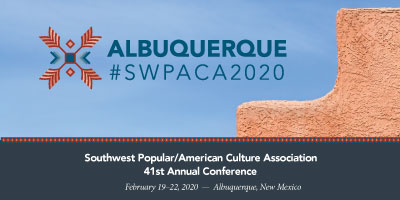